Planning so you enjoy the wins, and prepare for the losses

Last year was a great year for U.S. stock markets, with all the major indexes up over 25 percent for the year. While this year has not been quite as strong, the major averages are all in positive territory and new all-time highs are being made on a regular basis. That leaves a lot of investors feeling pretty confident.

It’s in periods like this that we hear a lot of people taking a buy-and-hold approach; the idea being you simply ride the market up, ride it down during bad times, and hope that when it’s time for you to start using your investments it’s not down too much. This is not our preferred strategy – in fact, we fail to see much strategy in the approach at all.

It’s been six years since the S&P 500 has suffered a down year. History shows us that on average the US stock markets go down on a calendar year basis every five or six years. Guess what folks. We’re there. Does that mean we think the bottom has to fall out or that the market is going to crash next week? The answer is “no” on both accounts. 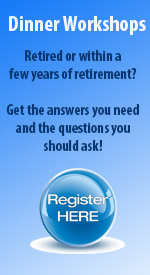 What we do think is that we have enjoyed fantastic gains since the market lows in early 2009 and that a bit of expectation tempering is in order. That includes re-visiting what steps you’re going to be taken when the market does drop. And, yes, when. It’s not a matter of “if” the market will drop but rather “when.” You want your defensive strategy in place before the things start to turn. Having a pre-set strategy helps ensure the actions you take are truly precautionary rather than reactionary.

One of the most common investment defenses is the use of stop-loss orders. A stop-loss order establishes a point at which you will sell off a falling investment. However, if you actively use stop-loss orders, you want to make sure your stop-loss points are where they should be, especially for investments that have been making great gains. As stock prices run up, your stops should be adjusted so any significant gains made aren’t lost in a quick tumble. Often investors will set what are referred to as trailing stops. Set at a defined percentage away from the current market price of an investment, trailing stops essentially make automatic stop-loss adjustments for you.

Another defensive approach is to sort your holdings by relative performance and then sell your laggards and let your winners continue to run. In other words, if it ain’t broke don’t fix it but if it is broke, get rid of it.

If you’re looking to get into the market rather than exit, a good defensive is strategy is what’s called dollar cost averaging (DCA). This refers to the practice of buying a fixed dollar amount of a particular investment on a regular schedule. For the sake of example, let’s say $40,000, spread out in $10,000 increments per month over the next four months. If the price during your first purchase month is $10, then $9 in the second, $8 in the third, and $7 in the fourth, you actually end up purchasing more shares with the same $40,000 than you would had you bought it all in the first month. Plus, the average cost per share across the four months would be lower than it was in the first month ($8.50 v. $10). In this way, DCA lessens the risk of jumping in with both feet a market high.

In some ways, investing is a lot like a team sport that has both an offensive and defensive squad. While it’s great to have offensive control, it would be foolish to begin a game without a ready defense. You can never really be sure when the tables or momentum are going to turn. But unlike a friendly flag football game where a loss might leave you limping home with a bruised ankle and ego, the results of failing to protect your investments with a strong defensive strategy can be much more significant and longer lasting.

My advice is to enjoy the wins but to prepare for the losses. While losing at anything will never be fun, with adequate preparation and planning you’ll not only survive the losses but will be in a better position to get back in the game than those who failed to prepare.