Orphaned Accounts – Is a 401k Rollover Worth It?

On average, Americans change jobs every five years. Over the course of a 35- to 40-year career, that’s a fair number of business cards and, more than likely, a lot of straggling retirement accounts left behind in the wake. Commonly referred to as “orphan accounts,” these accounts tend to garner a couple of typical responses from their owners. Often it comes down to a choice of leaving it at your previous employer, bringing it over to your new employer or putting it in an IRA account – commonly called a 401k rollover. 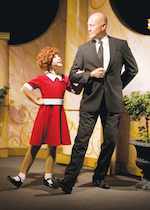 The first one I refer to as the “Hannigan” approach. Like the character in Annie, this approach involves doing nothing to change the state of affairs for the orphan. The other, and polar opposite approach, is the “Warbucks.” This involves finding a new and, presumably, good home for it as fast possible. But unlike adorable, musically gifted orphans, orphan retirement accounts may not always need saving.

While this leave-it-be approach may seem a bit cold, neglectful, it may not actually be so bad. If the company you worked for offered a very competitive plan it could be a good idea just to leave it as is. Competitive plans typically offer a wide assortment of fund choices, some sort of investment advice, and, a total cost of ownership less than 1 percent. You may also want to look at things like how much education is provided and what tools are available to assist you in saving for retirement. If your old job was with a very large corporation there is a good chance they’ve negotiated lower fees than smaller companies might be able to offer.

A common approach, but one I strongly discourage, is to take all the money out of your retirement account. While some might perceive this approach as ‘saving’ their account, it does come with consequence. By taking the money out before retirement there is usually a 10 percent penalty imposed by the IRS. In addition, the money gets included and taxed as ordinary income which can take another 30 percent plus. Add it all up and the 40 percent or so you lose is near impossible to be made up and what was supposed to be savings for retirement is long gone before you get close to that magical age.

A variation on the Warbucks, is to move your retirement account into the plan your new employer is offering. This is a great option if your new plan is more competitive (i.e. lower fees, more options, investment advice). The benefit is even greater if consolidating your old accounts into one leads you to actively monitoring and managing your account(s) more frequently.

Alternatively, you might look to roll your money into an IRA account. This option will most likely give you the most investment options and control over how to direct the money, which investments to make, and the option to work with or without an advisor.

Regardless of which approach you choose, the most important thing is really the fact that you’re making a choice. Simply ignoring your money with no regard to the consequences is more likely to lead to a hard-knock lesson than it is a happy ending.